Warning: Trying to access array offset on value of type bool in /is/htdocs/wp11080826_XBFME2RC32/www/wp-content/plugins/postman-smtp/Postman/PostmanOAuthToken.php on line 45

Warning: Trying to access array offset on value of type bool in /is/htdocs/wp11080826_XBFME2RC32/www/wp-content/plugins/postman-smtp/Postman/PostmanOAuthToken.php on line 46

Warning: Trying to access array offset on value of type bool in /is/htdocs/wp11080826_XBFME2RC32/www/wp-content/plugins/postman-smtp/Postman/PostmanOAuthToken.php on line 47

Warning: Trying to access array offset on value of type bool in /is/htdocs/wp11080826_XBFME2RC32/www/wp-content/plugins/postman-smtp/Postman/PostmanOAuthToken.php on line 48
 Artparasites – How Art You Today?
x previous xx next x

Lauren Baccal in To Have and Have Not

“I thought of you yesterday… and the day before. I laid in bed, pondering about ma vie Bruxelloise. I wanted a fag, but I didn’t smoke it–since we all know that each cigarette will take two seconds of our lives–I would have preferred to dedicate at least those two seconds fucking each other’s minds instead, like Martín Haché once said.”

I wrote this to someone I love (mind you, whom I’m no longer in love with). It’s been a while since I wrote this, yet somehow when writing this piece, I recalled the passion–my thoughts and soul all revolving between cigarettes and coffee–and how much I indulged in those two when writing that love letter. It also reminded of how deep, passionate and universal that line sounded and it still does: “I wanted a cigarette but I didn’t smoke it…”.

Coffee and cigarettes have for ages been used by artists and literats during their creative rituals, not only as means to enhance their creative process, but as ever-present customs, probably putting them into a state of mind (and soul) that would sparkle serendipity and make their brains open. The dark brew and tobacco have for long been the drugs par excellence I use to refresh my ideas, besides the rituals of preparing coffee which serves also for many as a gateway to the creative mood. Here are a few magicians and great artists whose mornings’ main partners were a full-on dose of nicotine and caffeine:

Walter de la Mare used to say that “he had to smoke when writing” and Stephen Spender mentioned about his very own behaviour that coffee was his own addiction, besides smoking a great deal, which he hardly ever did except when writing.

Truman Capote smoked and drank a brew not only in the morning, but he did so in a unique combination: lying down. This mix came to be linked to his creative and writing process in such a way, that he eventually would not be able to ‘think’ unless he was chilling horizontally.

Kurt Vonnegut started smoking when he was only 12 and kept on puffing until he died at the age of 84. He wrote a total of 14 novels and every-single-one is a masterpiece. He mentioned several times that smoking and coffee sped his creative process and made his synapses fire faster – if you’ve read what he’s written you will probably believe him.

Beethoven’s breakfast was coffee (Amen!). He made every single cup himself, with great care– he even counted the 60 beans that, according to him, his morning cup required. Every single bean, every single morning.

Kierkegaard, on the other hand, amusingly used to take hold of a bag of sugar and simply poured insane amounts into a coffee cup, basically until the sugar was piled up above the rim. Next came incredibly strong, black coffee, which then dissolved the white pyramid. He then downed the muddy molten concoction, which seemed like a cup of mud than anything else. Finally Balzac just drank ridiculous amounts – 50 cups of coffee a day! Yes, fifty.

Other artists who smoked and/or drank coffee to create:

This is not to say that every cup of coffee Balzac had made his creativity sparkle or that every puff Pablo Picasso took in his life was the reason Guernica is Guernica. It rather suggests that history and those creatives making history set forth that greatness and creative bliss is paved with a thousand and one little self-destructive rituals and different forms of out-of-the-ordinary ceremonies to feel, to focus, and to create.

Laura Beltrán Villamizar  is a Bogotá born, bred in Florida, The Hague, Buenos Aires, Brussels and Berlin. An epicurean traveller and photographer – she also romanticises cities and coffee way out of proportion. Life brought her to Amsterdam, where she currently lives and works. She loves slow travel, slow food and slow journalism and can also have a cup of freshly brewed coffee at any time, any. She can eat her weight in avocados and loves music, nearly all sorts. She embraces dancing, and playing and DJ’ing, adoring beats and drums and hips being shaken. 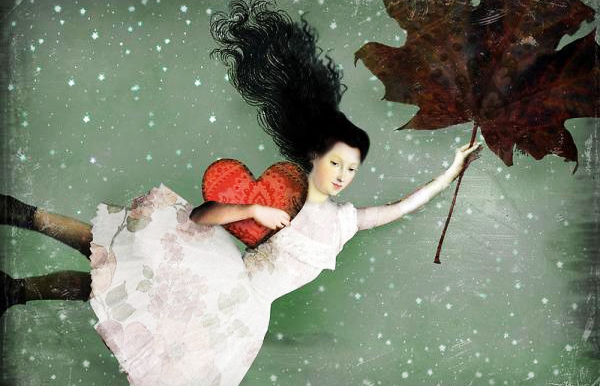 Subscribe to receive the most awe-inspiring stories from ArtParasites, only available by ArtLetter.

Subscribe to receive the most awe-inspiring stories from ArtParasites, only available by ArtLetter.

Stay in touch, and stay in love!